Back to Seoul Page 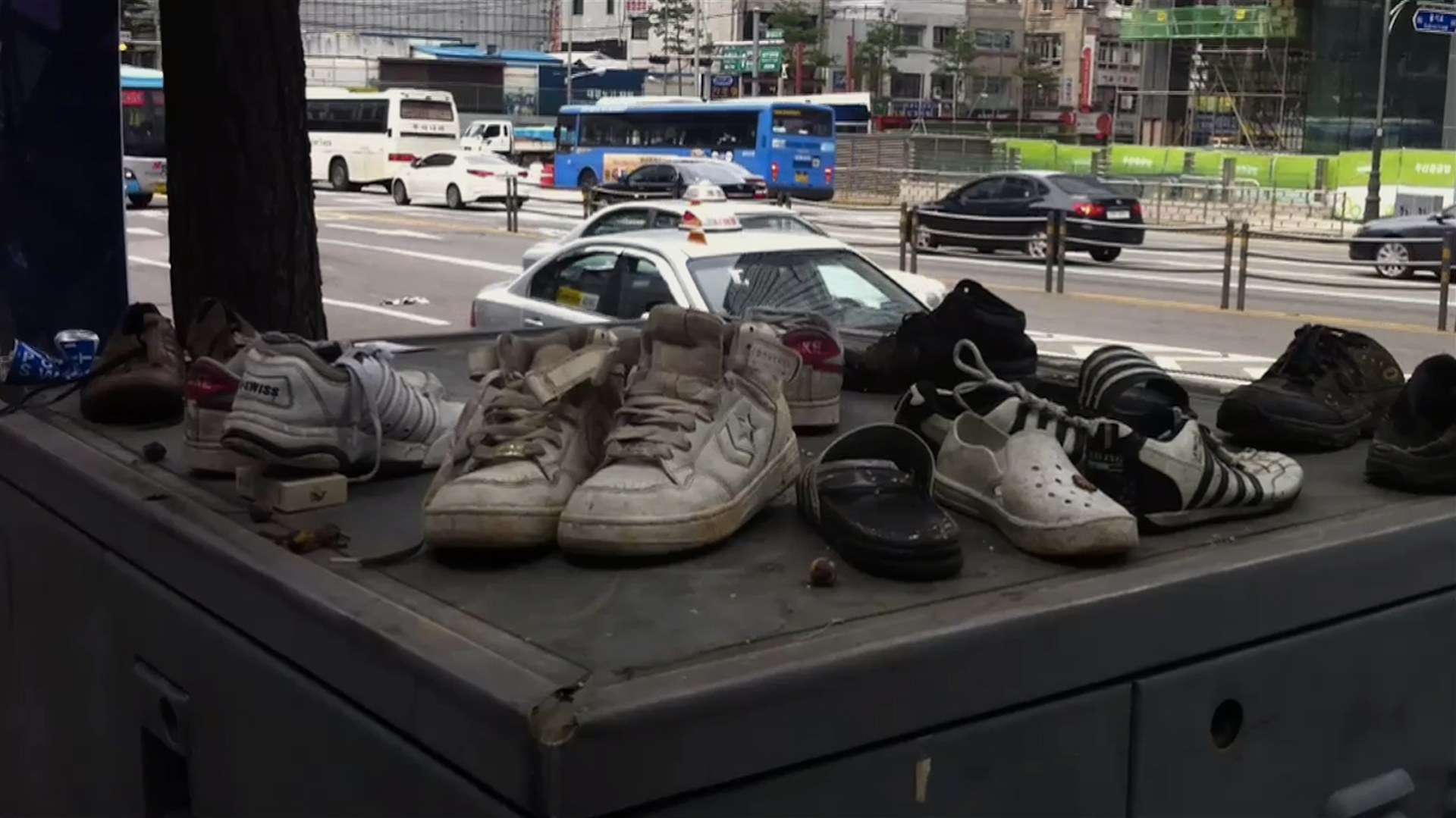 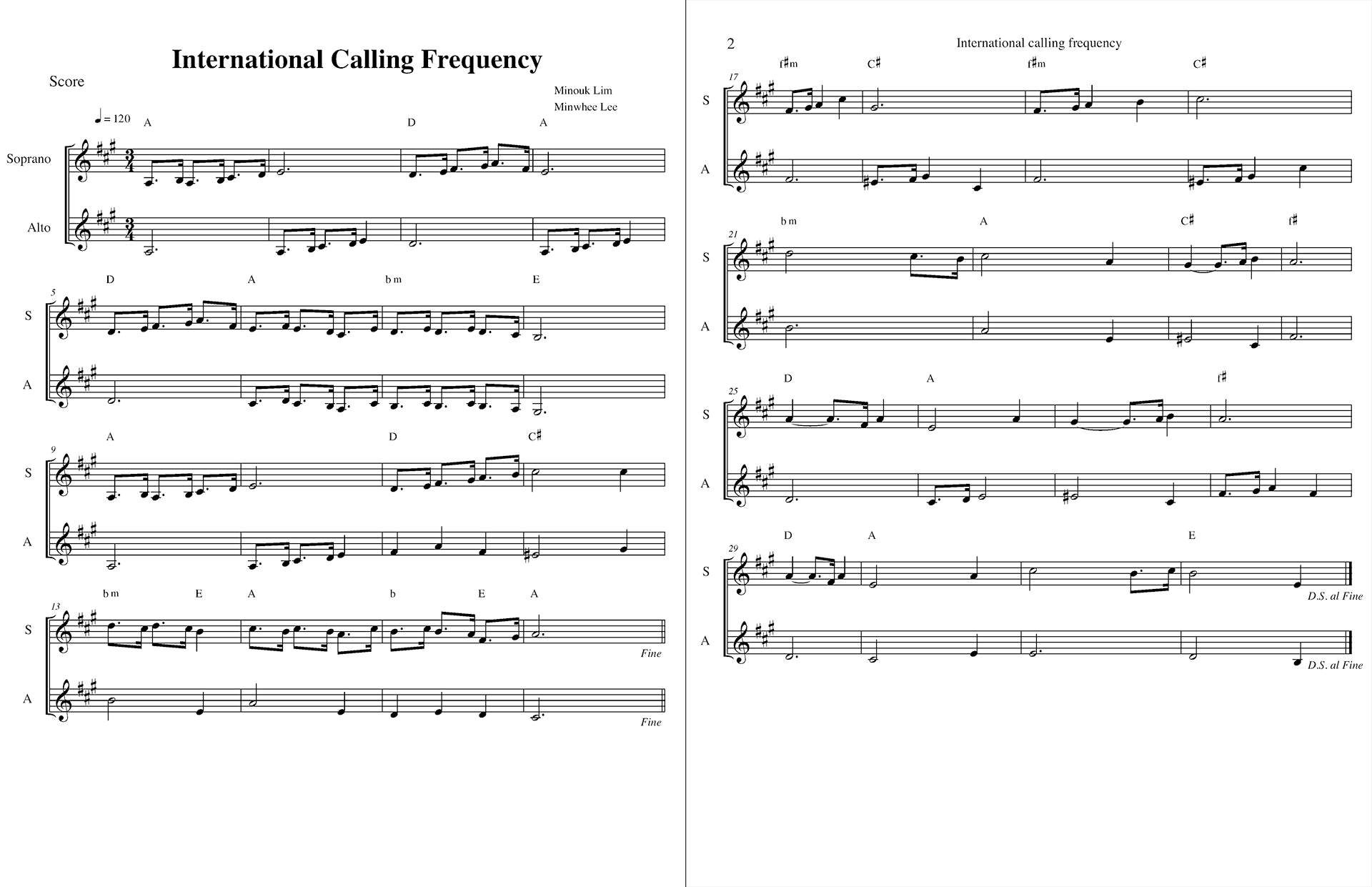 1. This song is a kind of wavelength, intended to be delivered to disappearing places and those that are expelled from their place of living.
2. This is a call for a potential union that never loses courage.
3. The ‘frequency’ is for those who have voices without power, voices that cannot be heard.
4. Potential members shall learn this song first by listening to the music, watching the video or with the shared score.
5. Arrange and announce the time and location for a performance using online social networking and other online tools.
6. When you meet, do not gather in a cluster. Stand apart from each other.
7. Among the participants, someone gives a sign to start.
8. When you sing, begin with the belief that you are singing with someone else.
9. This can be performed with or without instruments.
10. Re-interpretations of the original song are welcome.
11. This does not have any lyrics in a particular national language.
12. It is encouraged to create your own lyrics for temporary solidarity.
13. If you hear this song in your mind, it is a sign that you are exchanging comfort and courage with someone else.
14. When a ship sinks, you should save the passengers without considering the borders, and send the signal calling for help.
15. This song is a frequency for dreaming a world of coexistence and sending upon the winds.

Minouk Lim (b. 1968) is an artist of many forms and has been creating works that are beyond the boundary of different genres and media, deepening the scope of questions while encompassing writing, music, video, installation, and performance as her modes of artistic expression. Lim's practice recalls historic losses, ruptures, and repressed traumas. Rooted in language, and specifically, the politics of expression, her work does not replay past events, rather, they elevate the experiences, memories, and feelings through the means of imagining or engaging structural beings of non-human witnesses in her performative sculptural objects and installations.

Among the numerous works created by Lim, New Town Ghost (2005), S.O.S.-Adoptive Dissensus (2009) and Portable Keeper (2009-present) are video pieces created out of performances held in non-institutional, transient sites. In the meantime, The Weight of Hands (2010) and the FireCliff series (2010-present) deliver moving images that are mediated through the lens of an infrared camera. Navigation ID was invited to the 10th Gwangju Biennale as an press opening performance and an installation in the exhibition.

Lim’s major solo exhibitions include The Promise of If at PLATEAU Samsung Museum of Art, Seoul(2015), United Paradox at Portikus, Frankfurt(2015), Heat of Shadow at the Walker Art Center, Minneapolis (2012) and Jump Cut in Artsonje Center, Seoul (2008). Since 2010, starting at Madrid, Lim has been presenting a series of site-specific performances FireCliff. Lim also participated in a number of group exhibitions and biennials including the Setouchi Triennale(2016) Sydney and Taipei Biennial 2016, Paris Triennale 2012, Liverpool Biennial (2010), Political populism (Kunsthalle Wien 2015), The Time of Others (Museum of Tokyo, 2010) and Your Bright Future: 12 Contemporary Artists from Korea (LACMA, 2009-2010).