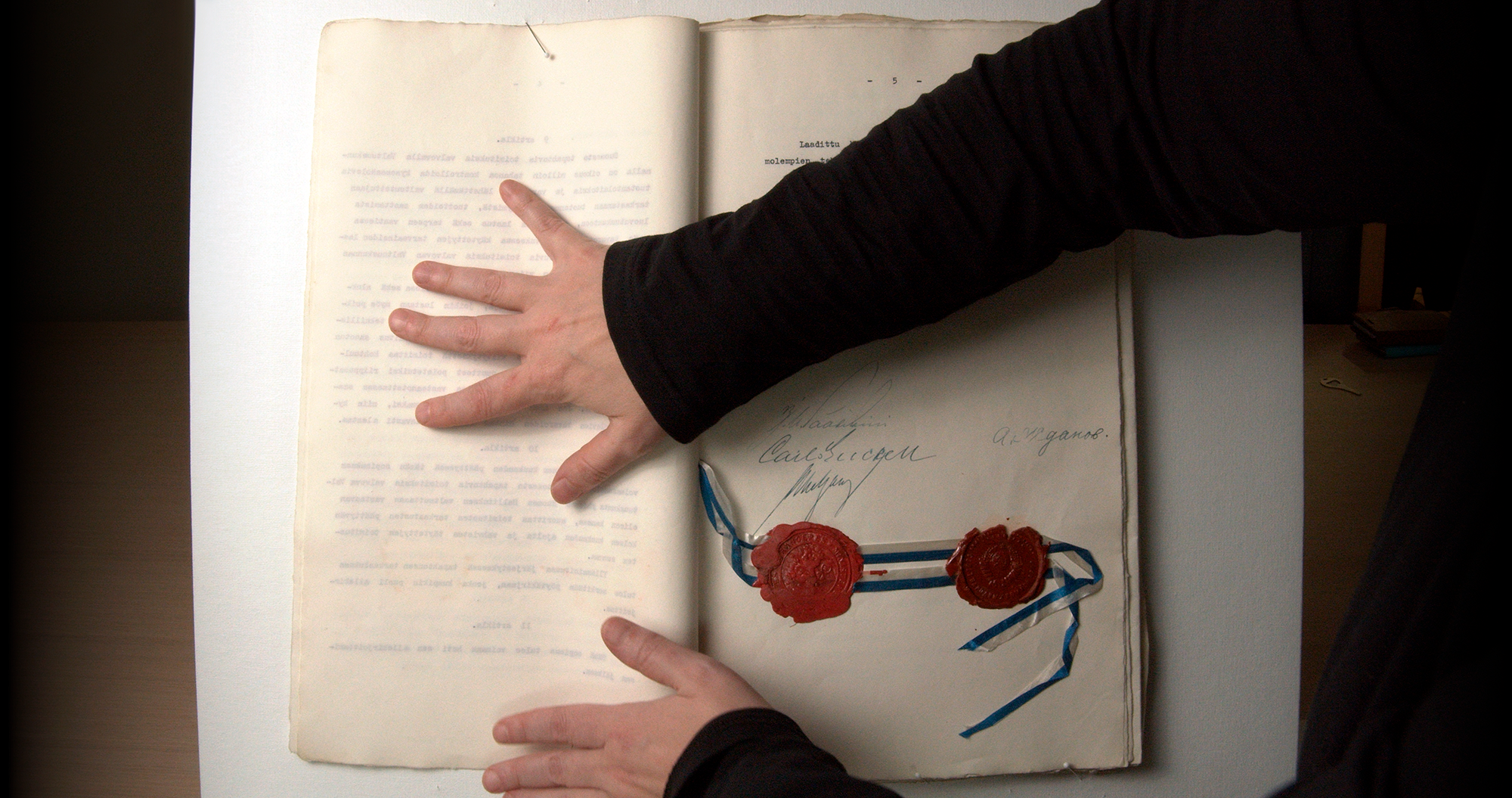 Finns born in the 1960s and 1970s talk about how the overgenerational trauma of the WW2, which caused scarce emotional expression in their childhood families, paired with a demand to work hard. Taylorism, a scientific management system aimed at maximising efficiency and resources, became a guideline for development in Finland due to the pressures created by fulfilling the war reparations to the Soviet Union. Perspectives that pivot between the private and the larger societal structures recognise trajectories that largely define what the Finnish work-oriented society currently looks like, even today. At the same time, these developments explain sources of pain in many people’s personal and family life. The original war reparation contract between Finland and the Soviet Union is combined with close-ups filmed during the pandemic, shot on commuter routes and workplaces and materials from family albums and the Finnish Wartime Photograph Archive (SA-kuva). The latter part of the film is the director's audio letter to her grandfather, who was traumatised by the war. Grandfather’s mental and physical injuries are compared with her own sister’s body. Working as a glassblower for many years, her sister’s body was worn down from work as a glass blower in severe factory conditions.