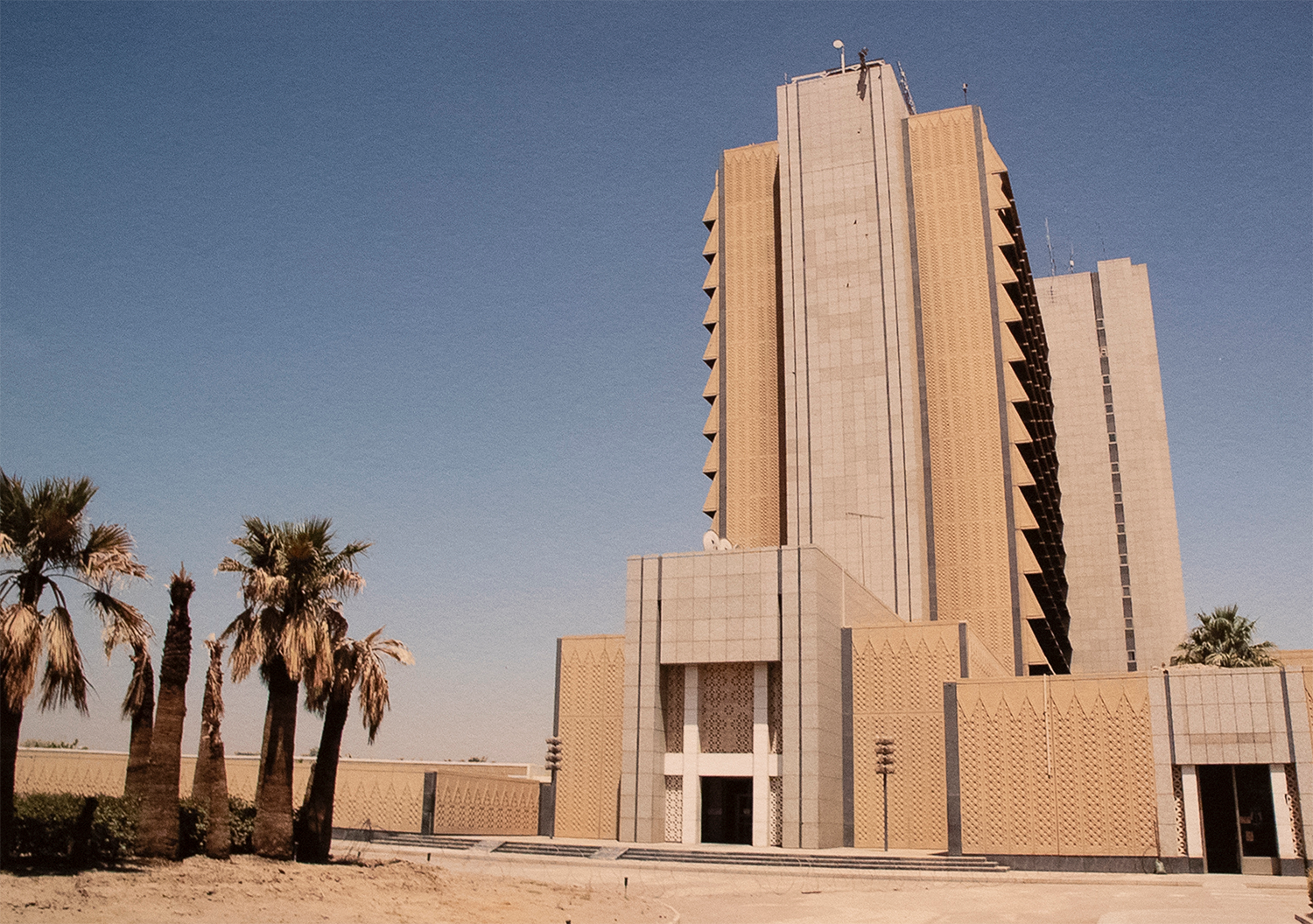 Completed in 1982, the Al-Rashid Hotel five-star hotel was intended to host the leaders of NonAligned countries during their 7th conference, but instead the building remained hostage to international conflict during the construction phase. Political tensions between Iraq and neighbouring country Iran quickly escalated into a widespread war. As a member of the Non-Aligned Movement (NAM), Iran experienced holding an international conference in Iraq as a political defeat. It would make all Third World countries guests of Iraq. Due to the war, the conference was finally postponed by a year. India, a founding member of NAM, was elected host country, and Indian Prime Minister Indira Gandhi became the only woman to chair the movement. Dictator Saddam Hussein's geopolitical ambition of leading the Third World remained unfulfilled. Iran’s spiritual leadership gave a different version of the events. According to them, Iranian Major General Abbas Doran crashed a fighter jet directly into the Al-Rashid hotel two weeks before the conference began and the hotel was destroyed. However, the hotel was actually hit only ten years later in 1993 by a U.S. cruise missiles as an alleged attack against a nuclear fabrications facility. Today, the hotel is located with in Baghdad’s most heavily-fortified ”Green Zone ” area which was declared as a no-go area for the public since the US led invasion of Iraq in 2003. Hostis (2021) is Al-Nawas’ first solo project. In his video jockey performance at Drift festival, AlNawas mixes historical videos found online during his research to reflect on the concept of hospitality and its contradictions through the tragic story of the Al-Rashid Hotel in Baghdad.

Ahmed Al-Nawas is an art worker based in Helsinki. His praxis has focused on archival research and collaborative knowledge production and content building. His recent collaborative project Fake Star with artist Minna Henriksson was exhibited in 2020 at Turku Art Museum. He curated Checkpoint Helsinki’s public program series Remembering Silences in 2015–2016 and has been a co-founder of two art spaces in Helsinki: Thirds Space and Museum of Impossible Forms.